New Treatment for Low Back Pain 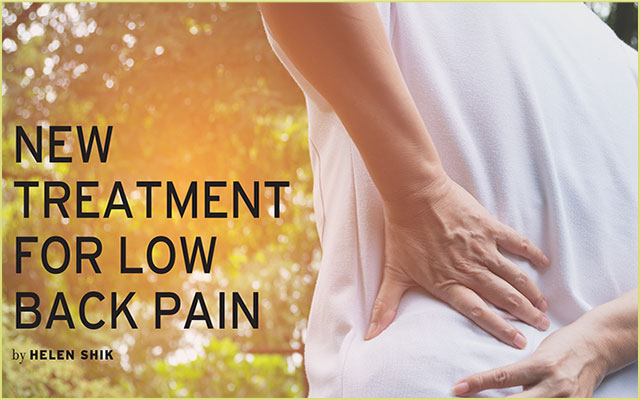 Wayne Cooper, a 72 year-old almost-retired attorney, lives in Marin County, California. He has suffered from low back pain and sciatica for nearly 20 years, keeping him from enjoying many activities and requiring daily medication. The Bay Area is hilly—and due to his back pain Cooper could only walk short distances and had to avoid inclines. He and his wife enjoyed bird watching, but those outings were also kept short to minimize pain. Even water aerobics had to be cut back.

Cooper tried many treatments and saw many specialists to relieve his pain. He regularly took 800 mg of ibuprofen several times a day. Smaller doses had no impact. When things got really bad, he would take hydromorphone. Over the years, Cooper had several epidurals and steroid shots, and made periodic attempts at yoga. Nothing brought relief from the pain. When the pain was severe, it would immobilize him. It could take hours or a day to reduce the pain from a 10 to a 6.

Cooper’s L4, L5 and S1 were in bad shape in part due to his upper spinal scoliosis, but because of the competing issues between his upper and lower back, specialists decided he was a good candidate for surgery. A new procedure called SPRINT PNS was suggested as an option because it was minimally invasive and typically offers long-lasting relief. Cooper saw no downside except that he would not be able to use the pool while the device was in place.

“I was told it could take a couple of weeks before I felt any difference,” Cooper says, “but I was pain free within a day!”

During the 60-day SPRINT therapy period, Cooper took neither ibuprofen nor any other medications for back or sciatic pain. The device was removed about six weeks later, and he has continued to experience relief from back and sciatic pain for three weeks and counting.

He says is now more active. After the SPRINT PNS was installed, he was able to take a hike of more than three hours with his wife and friends, including ascending a twisty, uphill trail. He likes to joke that the hike ended because the trail did, not because of pain. He’s able to go for longer bird-watching walks with his wife. Water aerobics sessions are pain-free and back on his calendar. Even cooking, which was impacted prior to SPRINT, is now more enjoyable, since uninterrupted standing also used to trigger his hip pain. 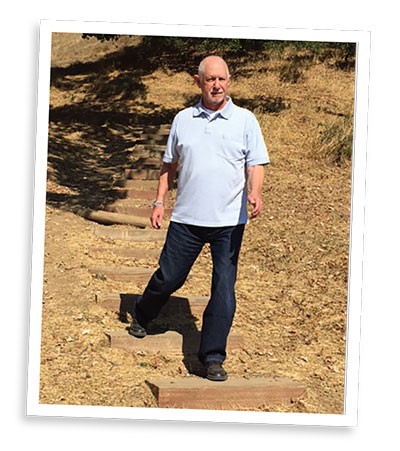