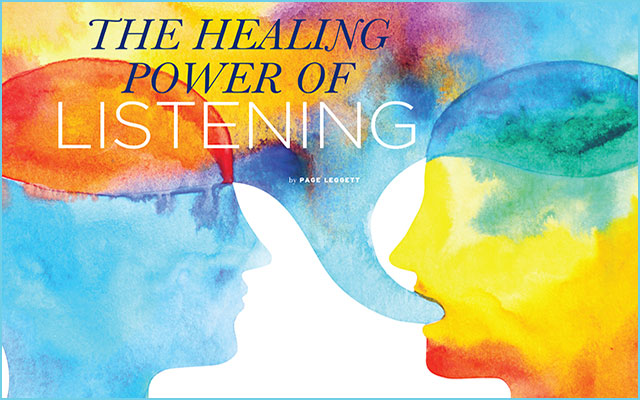 Dr. David Mount would rather listen than talk.

It’s not that he doesn’t have plenty to say. But on a patient’s first visit, he wants to hear what led the patient to his office.

The neuropsychologist has a keen interest in the mind/body connection and a focus on how pain affects the brain. (“Pain impacts self-esteem and personal well-being,” he says. “It can cause internalized agony.”) Patients come to him with a variety of physical conditions—diabetic neuropathy, rheumatoid arthritis, pain associated with an injury or surgery—and a variety of cognitive impairments that have resulted from a physical condition.

Patients from all over the country (and the world) seek him out through his Mind Body Institute Beyond, located in Winston-Salem, North Carolina. Most patients are referred by their medical doctor when a physical malady begins to impact cognitive ability—including memory.

And while Dr. Mount’s preference is to be consulted when a physician first begins talking to a patient about cognitive impairments, he says instead he’s often brought in when the physician is running out of ideas. 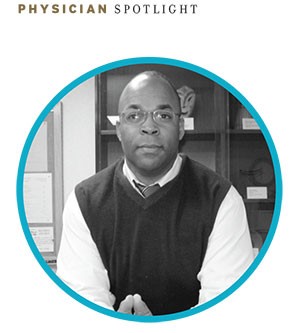 No matter what stage he begins with a patient, it always starts with a story. “We start with a patient-centered evaluation,” he says—with him listening as the patient talks. “I want to hear their story, uninterrupted,” he says. “I don’t want them to self-edit anything.”

Dr. Mount employs counselors and therapists at his center, but he personally sees every patient who comes in.

Patients realize the power their words carry. In Dr. Mount, they’ve found a doctor who’s willing to listen to every detail of their pain journey—all the treatments tried, the loneliness that can accompany chronic pain, the heartbreak of not always being able to keep commitments. The doctor is ready to absorb it all.

“MDs only have so much time,” he says. “I have more time to invite a storytelling approach. And patients want to talk. They may have gotten the message before to ‘shut up’ about their pain. Once they start talking in my office, it’s often hard to stop.”

Experience can be an excellent teacher. Once patients begin to consider what they would undo if they were rewriting their memoir, they can begin to take control and formulate a plan.

Dr. Mount values the work MDs have done before they bring him into the mix, but he doesn’t just thank them for the referral and move on. He uses a collaborative approach that involves the patient and the referring physician.

He understands what his patients are going through. He’s been there himself.

When the doctor becomes the patient

Dr. Mount suffers from chronic pain in his neck and spine. It began in 2005 when he was new to Winston-Salem and went to a chiropractor for an adjustment. After getting what he considers “substandard care,” he realized he needed to educate himself on treatment options.

“I experienced anxiety, uncertainty and was questioning myself,” he says. “My work and social life were disrupted. I know about the stigma of feeling judged. Chronic pain will wear you down.”

He was losing sleep because of the pain—and was less likely to work out, too, though sports had always been a big part of his life. He wondered, “Why me?”

He tried the gamut of specialists—neurologists, acupuncturists, massage therapists—but wasn’t having success with any of them. That led to an “aha” moment: “The system I was moving through was broken. The specialists I was going to weren’t talking to each other. The system was fragmented, and the patient was suffering as a result.”

He also understands that patients must be involved and invested in their own care—and that following doctor’s orders is imperative. “Compliance,” he says, “is the mortar that holds the bricks together.”

Noncompliance often arises, he says, from the psychological effects of pain and pain medication. So, who better than a neuropsychologist to partner with patients on sticking to their treatment plan? “I can help reinforce compliance,” Dr. Mount says. That’s something else that referring MDs appreciate about their partnership with him.

“Compliance starts with attitude,” he says. “If you can improve the attitude, then you achieve improved outcomes.”

Pain is serious business, but that doesn’t mean treatment has to be. Dr. Mount believes that there’s real benefit to lightening up. Part of the work he does is humor therapy. “You’ll hear a lot of laughter at my office,” he says. (Laughter? Uninterrupted storytelling? Are you getting the idea that the Mind Body Institute Beyond is not your typical doctor’s office?)

Humor is, in fact, what led to his own relief. It’s how he began to navigate the fractured system that wasn’t getting him anywhere. He still sees many of the same specialists he did back in 2005 when the pain first began—but he maneuvers the system with a different mindset now, he says. He also practices yoga and mindfulness, takes supplements and is careful about eating right and getting enough sleep.

Dr. Mount knows chronic pain is a family disease. It impacts more than the person living with the pain; it weighs on entire families. “When you talk to family members [of patients], they’ll often use similar words to describe their situation,” he says. “‘Moody,’ ‘walking on eggshells,’ ‘unpredictable.’ People with chronic pain can perceive themselves as a burden to others—and that leads to self-isolation and depression.”

As a counselor, Dr. Mount values the conversational give and take he has with patients. But as a research scientist, he also wants to measure progress. At his second meeting with a new patient—after the initial storytelling session—he’ll do an assessment of where the patient is. If the patient is having memory issues, he’ll do neuropsychological tests to discover just how much memory function has been impaired.

Physicians have been receptive to his approach. Dr. Mount will share his assessment report with the patient and the referring physician. “I’ve had doctors say: ‘When I read your report, I learn something. There are things about my patient, who I’ve been treating for 20 years, I never knew that I learned from you.’”

That’s the power of storytelling. The in-depth report combines elements of the patient’s story with Dr. Mount’s detailed findings. It’s a comprehensive look at the patient’s pain history, what’s been tried, how effective it was (or wasn’t) and what side effects may be the result of prescription medication.

It’s much more detailed than the notes a doctor typically dictates. Again, it’s because Dr. Mount and his team dedicate time to active listening.

He has seen some patients in their mid-30s who have the memory function of someone who’s 65 or older. But the good news? The situation can be reversed, he says—often by reducing the number of meds a patient is on.

Dr. Mount’s passion for studying and treating pain began during his residency at the University of Missouri–Columbia, where he worked extensively in physical medicine, rehabilitation neurology and internal medicine. “We were seeing the adverse effects of illicit drug use on pain management,” he says. “We saw the adverse effects of comorbid chronic disease—diabetes, heart disease, physical injury—on pain management, as well.” He focused his research on the effects of physical illness on cognitive memory, attention and learning new information.

More recently, he’s been interested in further exploring the brain’s ability to recover and “rejuvenate” based on different treatment intervention strategies. His current research interest is studying and comparing pharmacological and medical device approaches.

He uses the term “chronic pain brain” to describe the fog that’s sometimes felt as a result of too much or too many pain medications. Pain brain can be as problematic as the pain itself. It can lead to memory loss, sleeplessness and a host of other issues.

When patients are ready to tell their story, Dr. Mount is all ears.